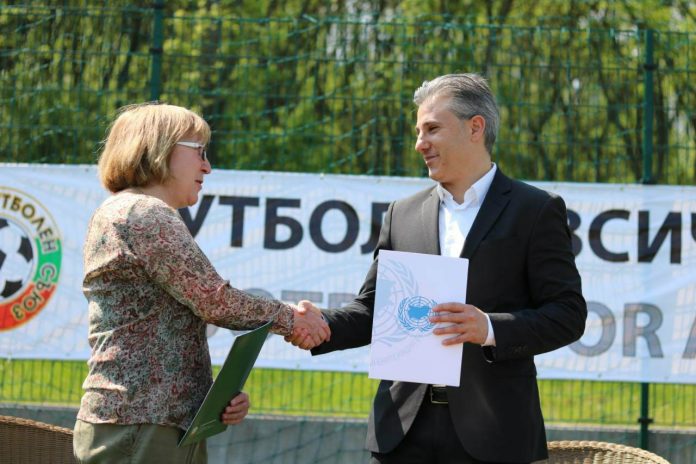 Diplomatic missions in Bulgaria, institutions and non-governmental organizations showcased again the power of football to unite people on the field of the National football base “Boyana”.

Football once again proved to be a universal language of peace and human rights, regardless of gender, age, origin, religion and social status, as well as a means of overcoming differences in people’s beliefs. This year’s tournament commemorates the 70th anniversary of the Universal Declaration on Human Rights and is with the patronage of the Minister of Foreign Affairs of Bulgaria Ms. Ekterina Zaharieva. The initiative is the start of a new long-term partnership between the Bulgarian Football Union (BFU) and the United Nations Association of Bulgaria. The two organizations signed an Agreement for cooperation, the Deputy General Secretary of BFU Mr. Pavel Kolev and the vice-chairperson of the United Nations Association of Bulgaria Prof. Petranka Fileva left their signatures on the contract.

The partnership is based on the UN 2030 Agenda for Sustainable Development of the world – on Goal 3 – Good health and Wellbeing, Goal 16 – Peace, Justice and Strong institutions and Goal 17 – Partnerships for the goals, as well as the promotion of sports as a means of diplomacy for achieving peace and understanding between the nations.

“I am certain that this partnership will achieve very valuable results, not only beneficial for Bulgarian society, but also on a European level and why not worldwide.”, stated Mr. Pavel Kolev. 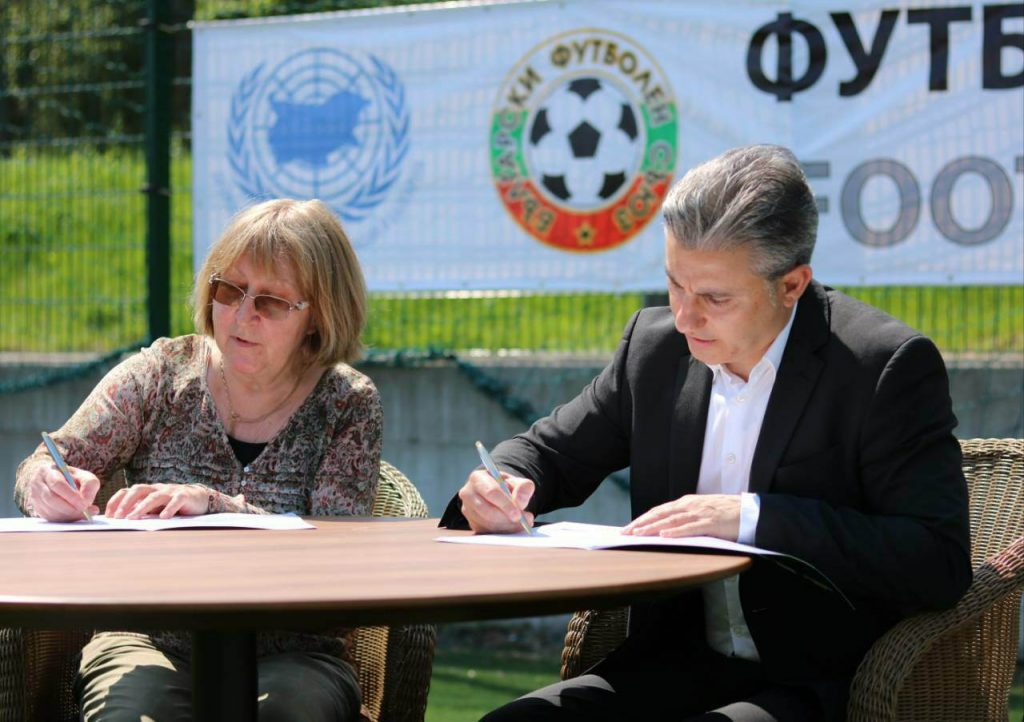 The Deputy General Secretary of the Bulgarian Football Union Mr. Pavel Kolev highlighted that football has always been a game which unites people.

“In this context it is good for us as a Federation and the United Nations Association of Bulgaria to cooperate in order to try, if not solve, at least lighten the burden of a number of social issues.”

“With this partnership we will be able to host many initiatives related to sports for social development”, said the vice chairperson of the United Nations Association of Bulgaria Prof. Petranka Fileva. She emphasized the fact that the organization has found a partner – the Bulgarian Football Union – in its efforts to solve a number of social issues such as reducing the school drop-out rate in children, more tolerance among youth and a better and fairer world through the most popular game. “Both organizations will additionally aim to promote sports as a means of diplomacy to achieve peace and understanding between the nations”, concluded Prof. Petranka Fileva.

During the opening ceremony an official greeting by the Minister of Foreign Affairs Ms. Ekaterina Zaharieva was read, with which she welcomed the initiative and congratulated the United Nations Association of Bulgaria and the Bulgarian Football Union for their partnership. In the greeting she highlighted that in recent years the role of sports is becoming increasingly clear as an instrument for promoting key values such as tolerance and mutual understanding, which can bring people and countries together.

“In light of today’s complex geopolitical state sports definitely overcome differences. A recent example for this were the Olympic games in Pyeongchang where the delegations of North and South Korea united under one flag.”, pointed out the Minister of Foreign Affairs. 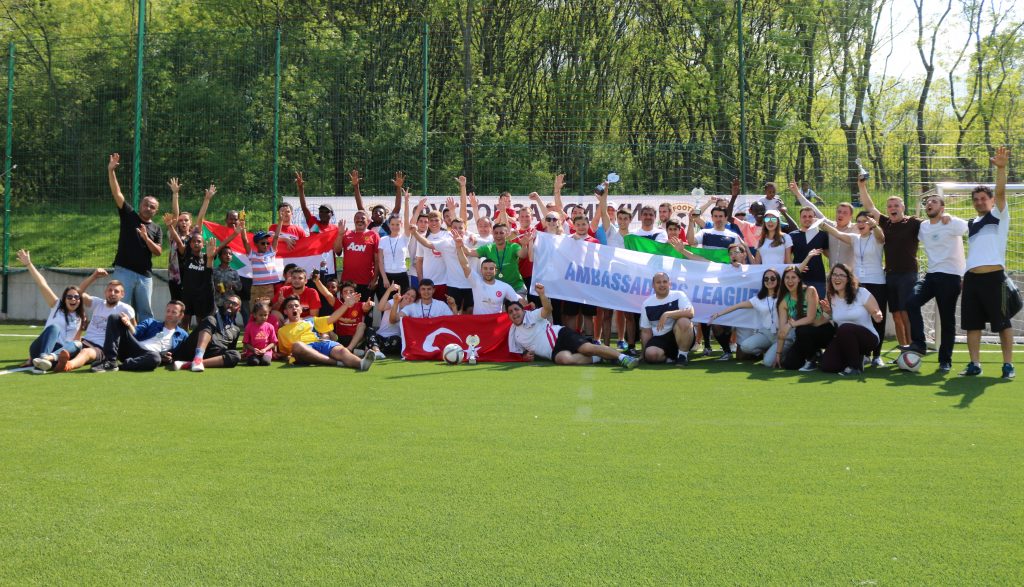 Seven teams represented the diplomatic missions of the Republic of Turkey, he Islamic Republic of Iran, the Republic of Sudan, Ukraine, as well as a team of the Ministry of Foreign Affairs of Bulgaria and the nongovernmental organizations International Relations Research Student Association (IRRSA) and the United Nations Association of Bulgaria. The players from the team of Turkey defended the winner title for a second year in a row, whilst grabbing most of the individual achievement awards. The podium was also shared by the players of IRRSA who came in second and Iran who took the third place.