“Young people – today’s game changers” is the main topic of the event organized the Bulgarian youth delegates Alexandra Mircheva and Iva Tsolova together with their Romanian colleagues Denisa Bratu and Gabriel Ufalean on October, 13. The event is part of the activities that the delegates of Bulgaria implemented during their participation in the Third Committee of the UN General Assembly.

Before heading to New York, the two Bulgarians conducted an online survey, which reached more than 1,100 young people aged between 15-29 years. Over 45% of them share the opinion that the level of youth participation in decision-making process is low and 41% reported that there is a misunderstanding of the values of civil society, which creates an inability for full participation of young people.

It was these results that inspired the theme of the event, which emphasizes on the positive role of young people as agents of change. In the first part of the event there will be a panel discussion on the topic. One of the panelists will be Ms. Elizabeth Niland, Social affairs officer, UN Focal point on youth, UN DESA. Ms. Niland has been part of the team working on the preparation of the World Youth Report 2016 focused on the topic of youth civic engagement. Another speaker on that panel will be Pablo Troconis, Youth Programme Officer at the World Federation of the United Nations Associations (WFUNA). The perspective of young people will be presented by Iva Tsolova and Gabriel Ufalean. They will present the topic of the youth engagement in Bulgaria and Romania. The panelists will participate in an interactive discussion in order to define the specific challenges and key competencies required for effective and equal participation of young people in the decision-making process. Moderator of the discussion will be Ms. Alexandra Mircheva.

In the second part of the event the public will be involved in an interactive workshop on specific proposals for methods, tools and ways of developing the knowledge, skills and attitude of young people.

The event will bring together youth delegates from various countries, representatives of UN agencies, NGOs and the permanent missions of member states to the UN.

Delegates will summarize the results and will spread them not only among the participants but also among young people in their countries. 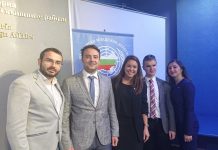 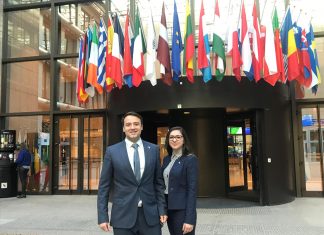