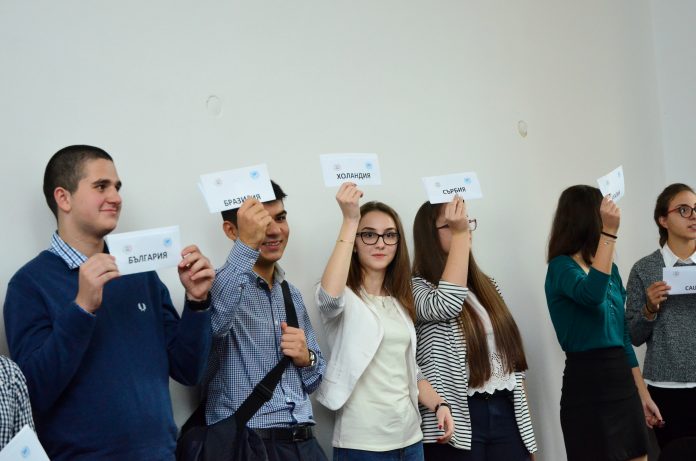 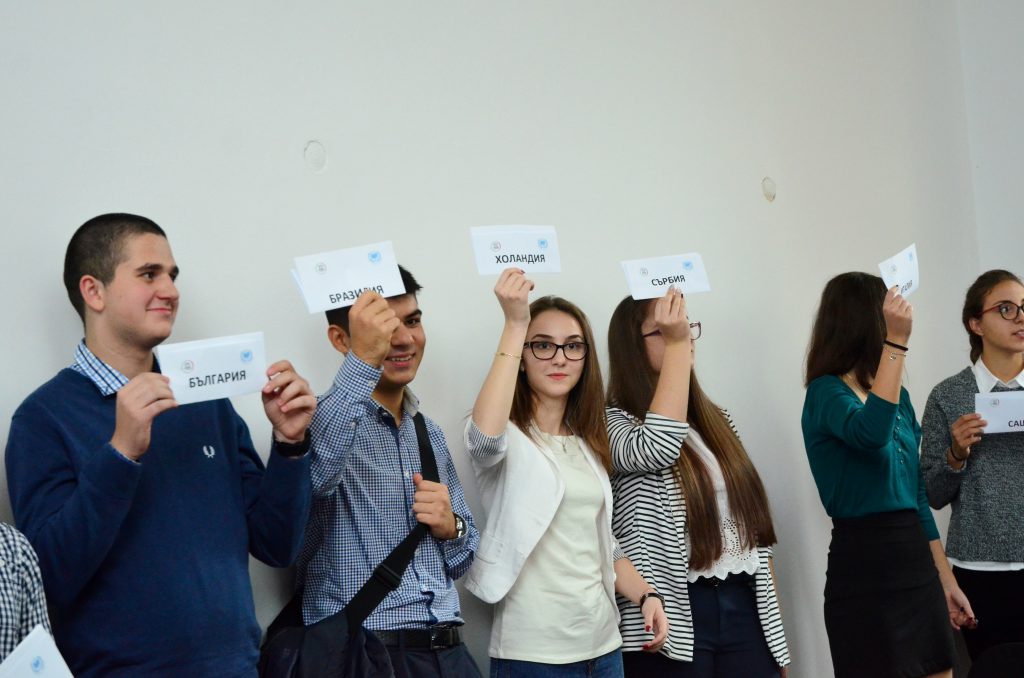 The 22nd of October 1026, the actual day dedicated to hard work and excitement, during the first of its kind Regional student Model UNESCO, organized by United Nations Association Bulgaria (UNABG), with the support of the Ministry of education and science and part of the National plan for commemorating the 60th anniversary of Bulgaria’s membership in UNESCO.

The event, combining the conducting of a simulation game for students in the role of UNESCO diplomats and its parallel seminar for teachers on “Global education and Sustainable Development Goals”, was launched on Friday with the participation of guest-speakers and ice-breaking game.

Yesterday commenced the actual activity of the participants who throughout the day worked separated in the following three groups: Session 1- Cultural heritage, Session 2- Education and Session 3- Seminar for teachers. 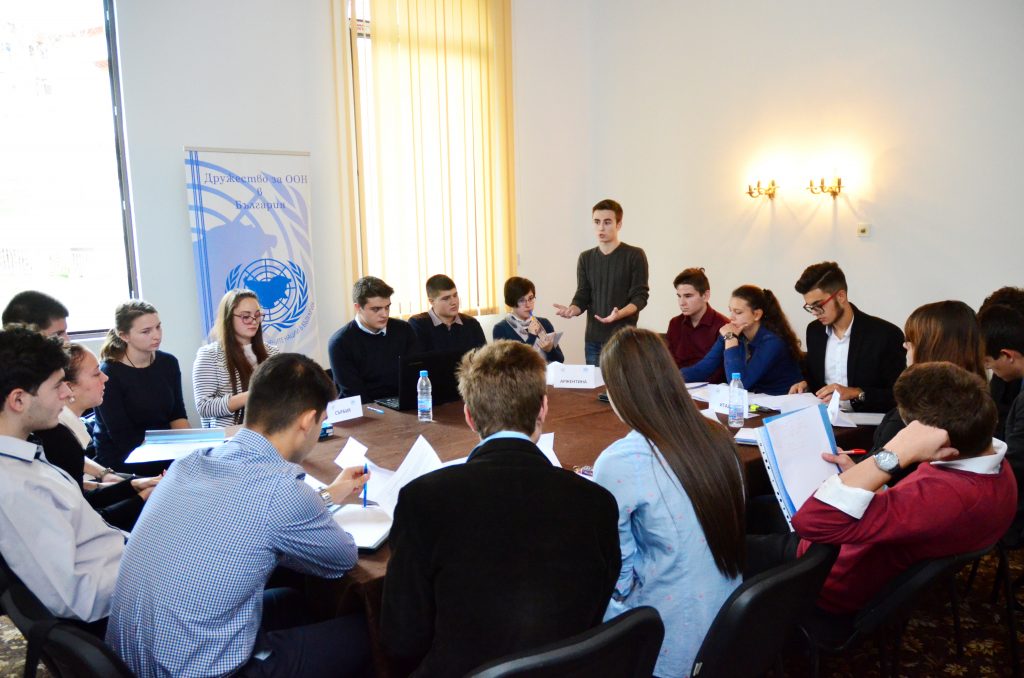 This group of high-schoolers was involved in debating the matter of cultural heritage and seeking a balance between tourism and conservation of cultural monuments. Around 20 people participated in this committee, as each one played the role of a delegate of a different country. The overall procedure of the session was led by Martin Stoyanov, member of UNABG with a handful of experience in chairing UN Models. Initially, every participant presented their country’s position on the matter, following voting for the daily agenda where the subjects were presented more thoroughly, with a total of 6, among which: climate change as a result of tourism, economical and country interests in cultural heritage, respect for values of micro societies, etc.

All points of the agenda had to be discussed and debated, until a consensus was reached for each and every one. After that a draft resolution was created, which included the points of the agenda. Throughout the day the delegates had the opportunity to participate in moderated and unmoderated debates and also in the list of the speakers. Students were able to listen to each other and despite the debates, the participants were able to compromise, while defending their country’s interests.

Among the comments in the room were: 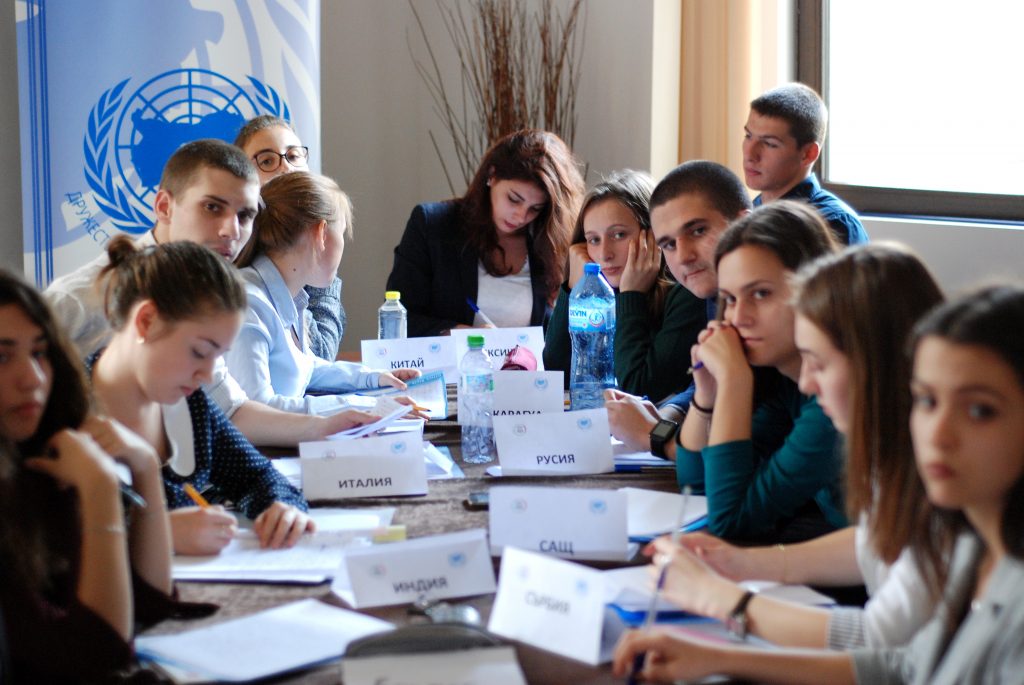 The second committee, in which education as a fundamental right was discussed, was headed by Hristo Hristov- vice-president and trainer at Youth Section at UNABG. Initially, each delegate presented the position of their country, including the current situation and national priorities on the subject. Some of the facts and statements were:

What followed was a lively discussion about the agenda of the day. The points selected were a total of 5, among which were the making of quality education standards and finding alternative methods of education. After that, the delegates went through all the points, sharing their suggestions, which were then concluded and included in the draft resolution by those, who suggested them. The result in the end of the day was- 5 draft resolutions, which the delegates combined in one. 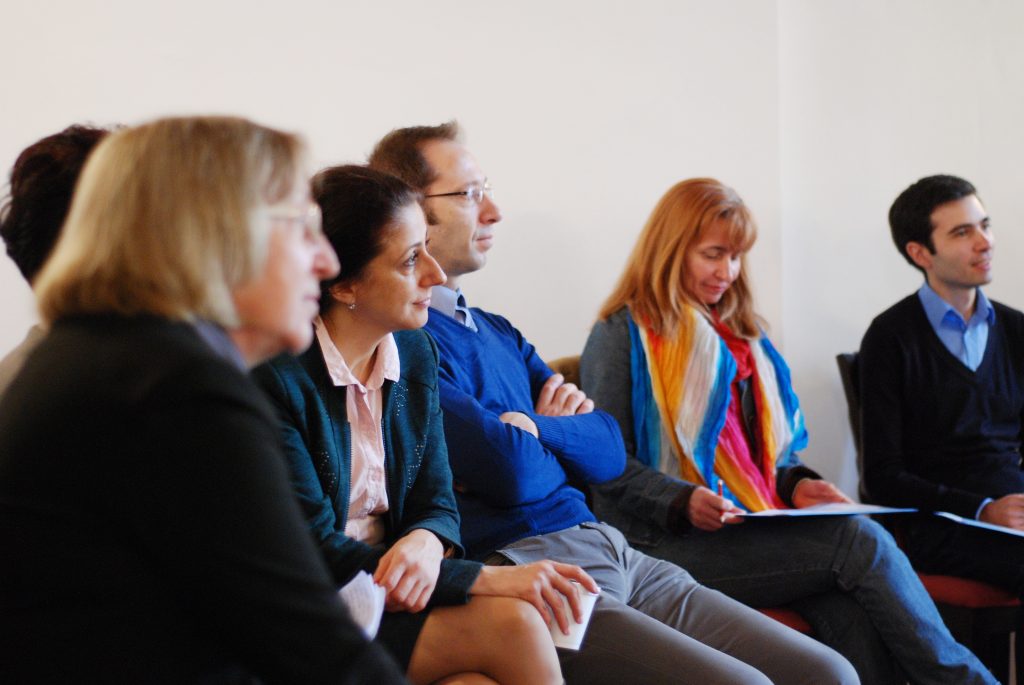 Parallel of the youth simulation process, with the help of professor Petranka Fileva and the moderators from UNABG Ilina Moutafchieva and Rosalina Nedkova, a seminar on global education was organized, in which teachers-coordinators took part. After they met with each other and shared their personal educational experience, they were introduced to the following subjects:

The seminar of the day ended with the so called “Open space”- opportunity for every teacher to share valuable information with the rest.

On the 23rd of October 2016, the closing ceremony of the Regional Model UNESCO is organized, during which are presented the results from the work of the  two committees.