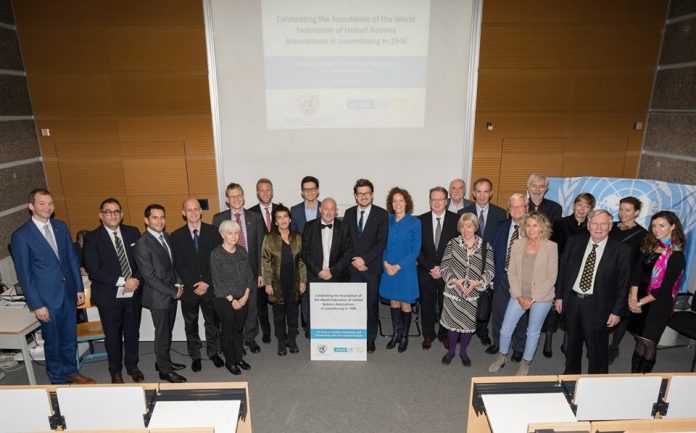 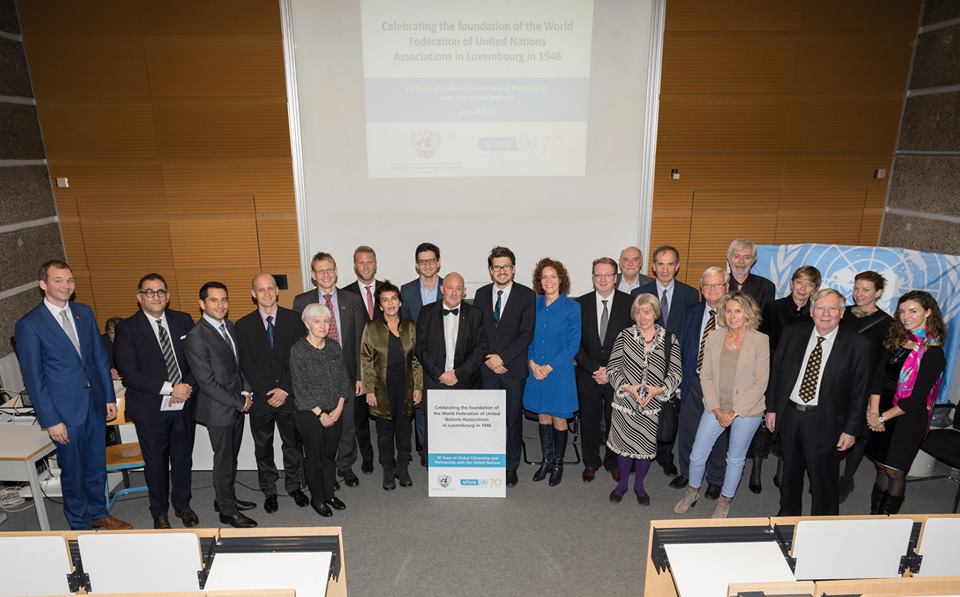 In his address, WFUNA Secretary-General Bonian Golmohammadi talked about WFUNA’s role as a bridge-builder and peace messenger, bringing together people of divided countries, pushing for the realization of human rights of the most vulnerable, and promoting the sustainable development agenda within the framework of the United Nations.  He focused on the importance of a more transparent and accountable United Nations, from the Security Council and the election of the Secretary-General to stronger frameworks for sustaining peace and the protection of victims of conflicts worldwide.

The event included speeches by the Minister of Foreign and European Affairs of Luxembourg, H.E. Mr. Jean Asselborne, who spoke about the necessity to strenghten the United Nations role in upholding the rule of law and human rights; Ms. Deborah Seward, Director of the United Nations Regional Information Center, who focused on the UN’s efforts on the implementation of the Sustainable Development Goals; and Ms. Simone Beck, President of the National Commission of Luxembourg for the cooperation with UNESCO, who stressed the importance of the contribution of civil society for a stronger and more effective United Nations.

A roundtable of the participating UNAs on the bilateral and multilateral cooperation in the framework of WFUNA took place as a side event to the celebration of the 70-th anniversary. The delegates of each participating UNA presented their flagship projects during 2016. The representative of UNA-Bulgaria Mr. Ivaylo Stoimenov presented the “Together to meet the global challenges”, “17 steps” and “Open up the Borders of Our Minds” projects communicating the Sustainable Development Goals with various target groups – high-school and university students, foreign volunteers and refugee youth in Bulgaria.