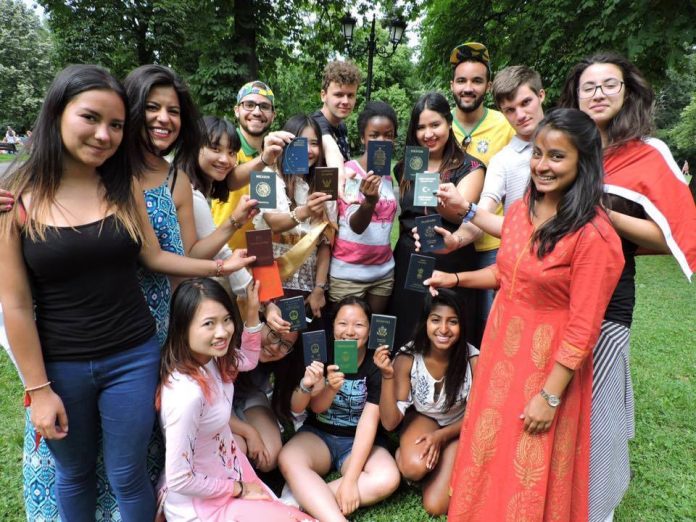 How long is the road to changing the world and where does it begin? How does change happen and what is needed in order to get familiar with global processes happening on the other end of the world, which impact us directly?

These questions were answered by 21 volunteers from 12 countries, which spent 6 weeks in Bulgaria, in order to take the first steps towards achieving the 17 Sustainable Development Goals. The young people are part of a project conducted by AIESEC Bulgaria, United Nations Association of Bulgaria and the Bulgarian Youth Delegates to the UN, Anina Yovkova and Dimitar Dimitrov.

The final event for the project was held on the 16th of June, during which the young volunteers from all over the world shared their experiences in Bulgaria. During the last month, Sofia, Plovdiv and Varna have been home to young people from Brazil, Mexico, Singapore, the Netherlands, Canada and many other counties. 16 of the volunteers visited 15 schools in the capital city of Sofia and met over 800 students. Students from two high schools in Plovdiv and a few schools in Varna were also part of the project.

The young trainers said that with the help of the methods of informal education they managed to introduce the 17 Sustainable Development Goals, adopted at the end of 2015 to the Bulgarian students. They also said that many of the students hadn’t heard about the Goals, some even about the UN or the Bulgarian Secretary General candidate. However that has changed after having classes with the volunteers.

The young people who visited Bulgaria are very impressed by the knowledge, sharp minds and curiosity of Bulgarian students, but also share that many of the schoolers feel helpless and think that they cannot contribute to the change in Bulgaria or the world. The volunteers gave them faith and hope though, that change is not difficult if you start right now – with small steps. Soon many of the students gained confidence and even sent their trainers “thank you” messages.

For the foreigners, the ambitious 2030 Agenda for Sustainable Development is achievable, but it requires change of the perspective of every person and action on a local level. According to the young volunteers, civil society, the non-governmental sector and business sector alike should take joint action towards achieving the goals and should not wait for the governments to implement the 2030 Agenda.