What is it like to spend six weeks away from home, getting to know a foreign culture and helping other young people to take “17 steps” towards change? 21 volunteers from 12 countries worldwide answered those questions while teaching Bulgarian highschool students how to achieve the Sustainable Development Goals (SDGs). The young volunteers were part of a project called “17 steps”, initiated by AIESEC Bulgaria, United Nations Association of Bulgaria and the Bulgarian youth delegates to the United Nations Anina Yovkova and Dimitar Dimitrov.

Here is what four of the young “global citizens” shared:

Luz Adriana is from Mexico. She is a graduate in Industrial design. “Why are you going to another country, when you can help here, in your own country”, Luz’ parents asked her. To this question she had a very clear answer “We live on the same planet and we have the same house. It doesn’t matter if you go to China or to Brazil, or wherever, you can help everywhere”.

For Luz one of the main obstacles for the Global Goals is the fact that many people are not aware of the problems. “The first thing we need to do is spread the information”. The young Mexican thinks that education is the key to achieving the 17 Global Goals.

We shouldn’t wait for the governments to achieve the Goals, we need to act now

Rafael Crispim is а 22-year-old Brazillian. He says that coming to Bulgaria and being part of the project was so important for him, that he left his job. Rafael thinks that the experience he gained in Bulgaria will boost his professional career in communications.

Teaching Bulgarian students the young volunteer had to attract their attention and to inspire them. Rafael tells that there were many discussions during the classes. One of the most interesting Goals for the Bulgarian students was Goasl 10 – “reducing inequalities”. But there were also challenging times for the Brazilian. Sometimes debates got intense and only in Bulgarian languag. Though Rafael couldn’t understand a word, he and his colleague tried to calm down the situation and teach the students that they need to respect each other’s opinion. They thaught Bulgarian youn people that they always need to think in a global perspective. “If it was two countries, maybe it could generate a war.”, the volunteers explained to the high school students. The moral of the day was that we need to resolve conflicts in a peaceful way.

Young people in Bulgaria want to change the world

Paulina Mendoza is from Mexico. She’s studying International relations. She thaught Bulgarian students that sometimes even small acts can lead to a big change.

She thinks that young people in Bulgaria really want to change the world. At the beginning of her classes she used to ask the students if they knew anything about the UN, and was very surprised that very few of them had heard of the Organization. What she did was to try to change that.

If a Canadian can come to Bulgaria and make a difference, why makes you think Bulgarians cannot?

Wensen Li comes from Canada. Unlike Luz, Paulina, Rafael and many other volunteers, he wasn’t reaching in high schools in the capital of Bulgaria. He went to Plovdiv instead. Being the only foireing volunteer there, Wensen had the chance to explore the Bulgarian culture and traditions, spending time with his host family.

Wensen shared his admiration to Bulgarian students, who seemed smart and well-informed. Most of them though do not feel they have the power to change anything in their own country, the Canadian young man thinks, but he was determined to give them a different perspective. What he did was to ask them “In 21st century, if a Canadian can come to Bulgaria and make a difference, what makes you think a Buglarian cannot do the same?”. To those who wanted to leave the country Wensen told “You might want to leave now, but I guarantee you that you’ll want to come back”.

Lilly is a Bulgarian student. She was one of the dozens of students that the volunteers met. Before the classes, Lilly tells that she had never heard of the Sustainable Development Goals. But that change very quickly and so did her point of view. She says she’s now more responsible and caring person and she’s even recycling.

The volunteers shared they spent great time in Bulgaria and will keep precious memories from this adventure. They are convinced Bulgarian young people can make a difference. All they need is a bit of inspiration and support. This is exactly what they got from the classes with the volunteers.

Sustainble Development Goals were adopted in december 2015 by all UN member states. This is our common pledge to a better world and it needs everyone to bring the change. 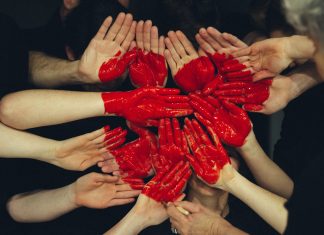